Some Civil Society Organizations in Cameroon have penned a letter to the Minister of Agriculture and Rural Development requesting an audience to discuss the eminent need for the publication of the Sustainable National Strategy for Palm Oil Production in the country.

Participants at the workshop in Yaounde

Yaounde – August 31, 2022, some 38 Civil Society Organizations met in a workshop with the objective of revisiting a draft sustainable policy document for Palm Oil Production in Cameroon elaborated one year ago.

The draft was aimed at encouraging and motivating the government to hasten the process of adopting and implementing the National Strategy to produce Palm Oil.

Discussions centered around the steps taken so far by the government as well as existing challenges.

The workshop was organised by Green Development Advocate (GDA), a civil society organisation.

At the end of the deliberations, the participants opted to take the lobby to a different level by booking an audience with the Minister of Agriculture and Rural Development.

It is not the first time that Green Development Advocate is organizing a lobby to press for the adoption of the strategy, but this time, the organization wants things to be done immediately for the interest of the Palm Oil sector, especially small scale producers.

Disturbing Delay in the Publication

Palm oil is the most commonly produced vegetable oil in the world with an estimated 66 million tons annually. In Cameroon, between 2010 and 2014, the national demand for palm oil was around 450.000 tonnes. However, at the moment, the country produces about 230.000 tonnes of crude palm oil, which makes a deficit of 130.000 tonnes.

To cover the gap, Cameroon has been importing palm oil from Asian countries and neighbouring Gabon, coupled with a proposal from the Rural Sector Development Strategy to increase production to 450.000 tonnes in 2020.

“We are now in 2022, the production of palm oil in the country has not changed positively, the government initiated a move to develop a national strategy to produce palm oil since 2014, but seven years after, the adoption and implementation of the strategy is still expected, I think that is a big problem in developing the sector.” Says Ekane Nkwelle, Project Manager at Green Development Advocate (GDA).

The delay in defining a legal framework covering palm oil production in Cameroon is not only affecting the demand and supply chain. Throughout the country, there is a strong demand for land to establish new palm oil plantations like with CAMVERT in the south region or the extension in existing areas like SOCAPALM in the Sanaga Maritime and Moungo Divisions. This is not without consequences for communities, small scale farmers and the environment.

“We have the impression that we have been abandoned in the desert by the government, small scale farmers have waited for long for incentives to help them boost production to no avail. We are calling on big production companies not to swallow us the small ones in the palm oil sector.” Laments a small scale farmers, Emmanuel Elong, President of Synaparcam, who attended a press conference organised by Green Development Advocate (GDA), last year in Yaoundé.

Green Development Advocate (GDA), and the other CSOs who drafted the policy are of the opinion that what ever is it that is preventing the adoption and implementation of the government’s national oil palm production strategy, there is urgent need to revisit and complete the process. But owing to the identified and existing challenges, the powers that be need to involve actors from diverse sectors. 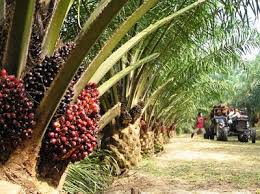 “It would be best if it is carried by a multi-stakeholder group to ensure better implementation by the different parties.” Says Ekane Nkwelle, responding to questions from News Upfront.

The CSOs are also calling on the government to create voluntary win-win partnerships between Agro-Industries and small scale producers; facilitate access to finances for small scale producers; promote the regeneration of old plantations using appropriate technologies in order to intensify production on existing plantations without increasing the area under cultivation; improve processing capacity and extraction rates in smallholder oil mills, which are currently very low; establish incentives for small scale producers to take environmental issues into account in their development (REDD+, PES); promote the conservation of high value species and with high carbon stock and promote respect for the rights of residents and workers in Agro-Industries.

GDA strongly believe that with this document and recommendations, a new page could be turned by opening broad discussions which could positively change the narrative.

Girls Silencing the Guns in Cameroon