Students and Violence: Changing the Narrative in Cameroon

Education stakeholders from Cameroon and beyond have agreed that violence in schools cannot be addressed by schools alone, but by the entire society because the society favours vulnerability of students.

Officials at the opening ceremony of the international symposium in Yaounde

By Louvier Kindo Tombe in Yaounde

When Boris Kevin Njoni Tchakonte left home that Tuesday morning of 14th December 2020, his prime objective was to pass on knowledge to his students, little did he know he was going to meet his doom. The 26 years old mathematics teacher of Government High School Nkolbisson in Yaounde, Cameroon’s political capital was stabbed to death by his 15 years old form three (4eme) student.

The monstrous act was a perfect example of violence in the school millieu, which President Paul Biya condemned in his address to the youth on February 10, 2020.

“This incredible act speaks volumes about the excesses of our modern societies,” Paul Biya said.

Beside the murder in cold blood of Boris Kevin Njoni, violence in the school millieu is gaining grounds across the country.

She was speaking at an international symposium on violence in schools in Cameroon, organized by the Ministry of Secondary Education with support from the United Nations Development Programme (UNDP). The symposium held from December 20 to 21 at the Yoaunde Hilton Hotel.

“The workshop was an opportunity for stakeholders to reflect on various aspects, types and responses to violence in the school millieu in Cameroon,” Mr. Justin Koffi, resident representative of the UN Systems in Cameroon said at the opening of the symposium.

The fight against school violence in Cameroon did not start today, but this time the government changed the approach.

“Internally the Ministry of Secondary Education wanted to fight violence in schools but did not succeed because the school is a microscope of the society, many acts of violence are coming from the society, so we needed other actors to join in finding solutions Which would be implemented in schools,” Mbiah Bernadette Sansi, Director of life guidance and academic assistance at the ministry of secondary education told journalists during the international symposium.

The different actors (150 in total) who joined to redefine school violence, identify causes and provide solutions came from, but not limited to the civil society, members of parliament, security forces and most especially development partners among them the United Nations system in Cameroon.

It did not surprise many people when the director of life guidance and academic assistance at the ministry of secondary education in Cameroon announced that majority of violence within and without the school premises are orchestrated by boys.

“Boys make up 62 percent of violence in schools, girls 3 percent, teachers 1 percent and the remaining 34 percent are caused by other factors,” Mbiah Bernadette Sansi said as she presented the cartography of risk factors related to education during the international symposium in Yaounde.

The cartography of risk factors related to education was produced by students themselves and according to madam Mbiah, “it was better than way since involving students in the fight against violence helps a lot.”

If boys are fond of exerting physical violence on their peers, sexual harrasement and pornographic scenes in schools are common with girls.

“Girls are victims and actors of school violence,” Minister Pauline Nalova Lyonga in her intervention told the stakeholders present.

“School violence is a very annoying event, but we cannot throw away our children to annoyance,” Minister Nalova said.

According to the cartography of risk factors related to education presented by Madam Mbiah Bernadette Sansi, most violence in schools are committed when schools resume and towards academic festivals.

“Urban centers are homes for school violence,” she said adding that “70 percent of such acts happen among students between form four and uppersixth”.

The cartography of risk factors related to education indicates that the society, precisely games centers, bars, abandoned buildings, and the sale of drugs among others contribute a lot in rendering students vulnerable, thereby multiplying the rate of violence in schools. 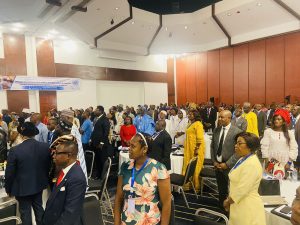 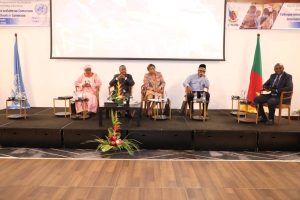 Minister Nalova Lyonga regrets the fact that education stakeholders are gathering to think about what they don’t need to think about.

“In the past, violence in schools is what a true African could never dreamt of,” she said.

But owing to recent happenings in the country, the phenomenon has become a course for concern. Below are some recent cases of violence within the school millieu;

– The night of Saturday, June 2, 2018.
After the end of the Baccalaureate exams, an uppersixth (terminal) student at the Classic and modern High school, Sangmelima, in South region of Cameroon, Samira Abenkou, and her classmates went out for a party in a nearby dancing club which ended up with one of them raped and killed by unknown persons.

– Tuesday April 2019, Government Bilingual High School, Bonaberi – Douala, student attacked on school campus with an old plank which unfortunately had a rusted nail on it and it entered the victims forehead.

– Student stabbed the principal of the Yona School Complex located in the Nkolbisson, Yoaunde 6 Sub Division, Center region of Cameroon on Wednesday, April 6, 2022.

– The Bilingual High School in Bafoussam, Western Region, was the scene of a horror story on Tuesday, May 10, 2022 where a student got murdered by his classmate. The young student, Ghoda François Xavier, was returning from school at about 10am when he was brutally snatched from life by the dagger of one of his assailants.

– A teacher by name Alfred Nobel is accused of having raped a two-year-old pupil in during school hours in Yassa, Douala in the Littoral Region. The incident, reports say, took place October 13, 2022 at the Yassa Bilingual School.

– A Terminale student from Voltaire College in Bafoussam died, victim of a knife attack by one of his classmates from the third class. That was still in 2022.

The situation according to school authorities have caused panic among parents.

Piloting Children Back Into School.

The international symposium on violence in schools in Cameroon was an apportunity for the government of Cameroon and her partners to help students and school authorities with skills in maintaining discipline in school campuses.

Minister Nalova Lyonga believe that if nothing is done and done fast, students will completely go out of hand in the country.

“It is true, you can never get rid of the bad, we just need good laws to protect the good,” she said.

The stakeholders accepted to join hands on derk to make the dream come true.

If fighting violence in schools in Cameroon was the theme for the international symposium, the come together was an occasion for the minister of secondary education, Prof. Nalova Lyonga, to encourage youths who have dropped out from school for one reason or the order to return.

The Minister did not mixed words when she talked about youths, former separatist fighters now placed in DDR Centers in Buea and Bamenda.

Nalova Lyonga said it is high time the youths in the different DDR centers are given the opportunity to attend regular schools.

She said the armed conflict in the North West and South West regions of Cameroon should not continue to deprive youths of their rights to education. The government she said has a role to play.

“We don’t have the rights to leave anyone behind,” she said referring to those who have dropped out of school.

Minister Nalova Lyonga however acknowledged the knowledge being given to them at the center but insist on regular education for those who still have the age.

Also present at the symposium was the Minister of state, Minister of higher education, prof. Jacques Fames Ndongo. His colleagueof secondary education invited him to join in seeing that former separatist fighters are given regular education in then country.

The Minister of secondary education did not emphasis on security measures but said the government can work out something in that light.