“This is a historic turning point for the lone Telecom company, provider of providers in Cameroon. It is a new vehicle that carries the new aspirations of Camtel for the satisfaction of its clients” Stephane Edimo, Marketing and Communication Director of Camtel told News Upfront during an exchange with the media in Yaounde.

The new commercial brand was launch officially on Friday, August 20, 2021 during a ceremony presided at by the General Manager of Camtel, Judith Yah Sunday Epse Achidi.

“Blue is a complementary brand to Camtel. Camtel remains the corporate brand. Blue is revolutionary, so it would gradually absorb all the services of Camtel, which will have to comply with the Digital, Smart and Simple tripartite. This name reflects the values of a Cameroon company, proud of its roots, it’s achievements, it’s history, which is now immersed in global competition” Judith Yah Sunday said.

Camtel officials view the present re-branding of the company as the crux of its NExT (New Experience in Telecom) strategy, through which it aims to launch an All-In-One web portal that will offer it’s customers unified access to all it’s services.

The future of the internet is in smart phones, and ‘Blue’ is the digital-approach-solution to the many worries of Cameroonians who have been expecting this change for a while.

“‘Blue’ is wireless, no installations, high speed, unlimited downloads, fast and easy recharge, ‘Blue’ is meant for your smartphones, but it is also meant for your office space and home, all in one package.” Stephane Edimo, told journalists, adding that ‘Blue’ is Digital, Smart and Simple to operate. 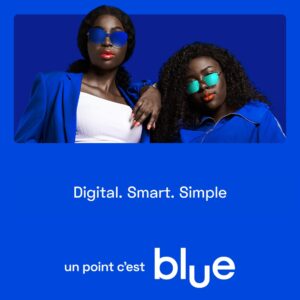 The new commercial brand of Camtel ‘Blue’, is coming with new standards and the vision is to reposition the company in Cameroon and beyond.

The particularity of ‘Blue’ offers is that it would not only focus on access to digital services as many other companies are presently doing, but it will go a long way as to provide digital contents from varied sectors to it’s clients.

“Our vision in the next five years is to transform completely into a digital industry and become data leaders in Cameroon and beyond” says Judith Yah Sunday.

One of the first products of the ‘Blue’ package would be “BLUE HOME“, expected to be launched in the days ahead and which would help households relate in the digital world with quality services at their convenience and at little or no cost.

According to the General Manager of Camtel, ‘Blue’ is available in all Camtel’s branches across the country and beyond, and ‘Blue’ is for everyone, existing customers and would be customers of the company.

From Camtel to “BLUE” 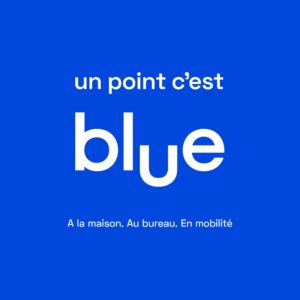 Modernization has always been a long process. The company began life as a government entity in 1960, and took the name IntelCam in 1972.

Since then it has gone through important stages like in 1998 when Cameroon Telecommunications (Camtel) was created. In 2000, the company introduced mobile packages with the famous slogan ‘A New Page’.

Five years after, Camtel’s City Phone was launched (2005) and the slogan was ‘Et Ce N’est Pas Fini’. The company has since then evolved with the smartphone revolution offering internet packages (Fako, Toli, Mboa…) for customer satisfaction.

Under the present General Manager, Judith Yah Sunday Epse Achidi, customers have been given the pride of place through the introduction of “Change Management and Customer Centricity”.

In the year 2020, the company obtained a licence to operate mobile telephone services, and it is in the same light that the ‘Blue’ brand was conceived, and now available for all.

Africa’s Drylands Near Tipping Point, But Local Communities Could Save it, Experts Say