Cameroonians especially the grassroots population are expected in the days ahead to be beneficiaries of a Presidential largesse to the tune of 2 billion frs FCFA.
This support which consists hygienic products and medical kits will be spread out to all 360 subdivisions across the 10 regions of Cameroon.

Due to the current most dreaded virus, Covid-19, various activities which Cameroonians relied on for their daily bread have been grounded. As such this assistance is already been appreciated by all and sundry citizens. 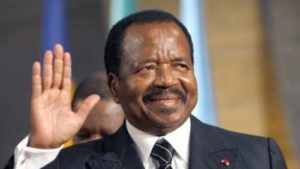 The gifts are destined for two categories of beneficiaries- Medical personnel and the general population.

Medical workers who have been championing the fight against Coronavirus at the frontline, will receive fifty thousand (50,000) surgical masks, rapid screening devices and respiratory devices for hospitals. 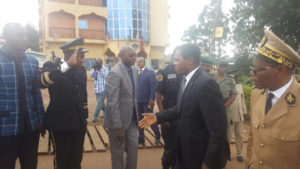 The special gift comes as supplements to previous measures taken by President Paul Biya in containing the spread of the pandemic. The Head of State recently created a Special Solidarity Fund in view of combating the dreaded virus and doffing out one billion frs CFA into the account.

According to the minister’s release, the Head of State’s special gift will be made available in ten days and made at the disposal of regional governors for further distribution.

With the total infected cases for the country being slightly over one thousand and ranked third highest in Africa after South Africa and Ghana, the population are being enjoined to respect barrier measures of regular handwashing with soap and running water, compulsory wearing of facial masks and social distancing in public spaces.

Algeria Stadium Under Scrutiny After Players Refuse to use Dressing Rooms

Developing the Biotech Industry – Can AI bring the Solutions?