The Member of Parliament graduated with distinction from the Tohoku University in Japan.

The Parliamentarian of Bafut – Tubah constituency in Mezam Division of the North West region of Cameroon graduated recently after over two years of intense studies at the Tohoku University. 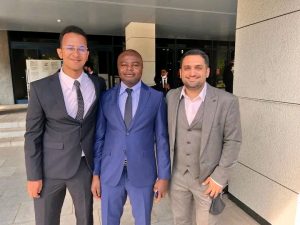 This was within the framework of a JICA scholarship program which he won the final selection in 2019.

The degree program was in line with the activities of the Member of Parliament in the country.

A man who since his election as MP has left no stone unturned in promoting development in his constituency and the country at large. A man who will stop at nothing to see that good governance is practiced by all and at every level of the society for the interest of the population.

With the new achievement, the people’s representative would further enhance growth and development in Cameroon and Bafut – Tubah constituency in particular.

He is not ready to stop at that. To him “any opportunity that will empower me to serve my nation, I would embrace”.

The achievement of Hon. Agho Oliver, many say is an eye opener to his peers at the assembly to embrace opportunities that work for the interest of their people. 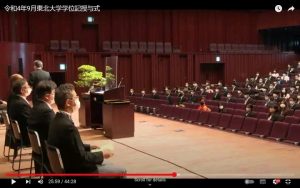 Hon. Agho Oliver Bamenju, is not a new figure in international cooperations.

The lawmaker last year attended the 9th Annual Massachusetts Water Youth Summit organized by the Foundation for a Green Future.

The virtual event that held on March 22, 2021 through videoconference was part of activities to mark the 2021 edition of World Water Day under the theme “Valuing Water”.

Member of Parliament, MP, for Mezam North (Bafut/Tubah constituency) underscored the need for communities to properly preserve water catchment as a means to fight problems of access to portable water.

The young MP proposed that one of the key means towards improving access to water should be protecting water sources which to him are “sources of life given that water is life”.

He disclosed that government provides water schemes to communities annually, yet community beneficiaries hardly take care of the water sources. Agho added that catchment areas are most often invaded by farmers and rampant grazing activities.

He told the panel that even before becoming a lawmaker, he had already embarked on planting of trees to restore water sources as part of improving access to water within the communities in the region.

He went further stating that “with the ongoing crisis and internally displaced persons in the North West Region, there is the need to improve access to water in the region”.