The prevailing pandemic hitting the world in all nooks or crannies has watered down all hopes of any grandiose celebrations be it in diplomatic, political, economic or sport domains.

The celebration of 2020 edition of World Press Freedom Day (WPFD) by the Cameroon Association of English Speaking Journalists (CAMASEJ) has been postponed.

In a Memo to its members across the country, the National President of the association, Viban Jude said the outbreak of the novel virus, Covid-19 has disrupted his plans for the celebration which was expected to be his first since taking over the captain band from Simon Lyonga as National President of CAMASEJ.

“This year, it was our hope to gather members in one chapter and celebrate our profession,” his memo read

Every year on May 3, the day is commemorated globally as WPFD with UNESCO choosing the theme for the year. The theme for this year is “Journalism without fear or favour.”

The New Executives being spearheaded by the experienced Viban may not be able to give this year’s celebration the “type of grandiose event” that it deserves as stated in his tempting manifesto.

In his manifesto that saw him sweeping an overwhelming majority of votes last November, captioned “A New Angle,” he promised “advocacy, defending the rights of journalist, training, training, welfare and career development” for members.

He equally promised to give out scholarships to members and make the association regain its Trade Union character; WPFD on May 3 would have been the first litmus test for the team six months into office. 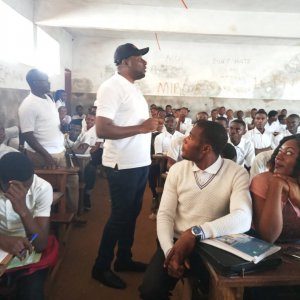 Local celebrations of WPFD usually serves this coalition of pressmen and women the opportunity to adjure Cameroonian authorities to commit more to press freedom, rekindle the professional consciousness of members and shade lights on those in prison and those killed in their line of duty.

A feel of what the “New Angle” has been mulling since taking command is expected in November 2020. The celebration of WPFD on May 3, 2020, is postponed to November 2, 2020 – The International Day to End Impunity for Crimes against Journalists” President Viban disclosed.