Wednesday’s Presidential decree saw prisoners who were previously served with death and life sentences lessened to 25 years while some will have to serve only 5, 3, 2, and 1 year respectively to their sentences.

Minors as defined by the criminal law are equally remitted from a third of the applicable remission.

The Presidential pardon, it is believed falls within the framework of the fight against the spread of the killer virus, Covid-19 in the country as recommended by United Nations High Commissioner for Human Rights, Michelle Bachelet on April 4.

Barrister Galabe Sama of the Galabe & Co Law Chamber based in Bamenda rubbished the decree describing it as “window dressing.”

“One has to ponder very seriously, the politics behind the text. Is it one of the means to decongest the prisons as a fight against the CoronaVirus which is the talk of the day? If yes, then it is window dressing given that the third part of it, rubbishes what seems to really be a generous offer, a largesse extended to everybody because just limiting ourselves to section 1 and 2, we’ll know that prisons are going to be emptied and there’s going to be some sort of a reconciliatory instrument thats going to bring much happiness”

He continued, “but if you read down to those who have been exempted from it, in fact it touches nearly all the categories of those that are in prison. Now i doubt if anyone will be able to escape that exception”

Nelson Lambris another legal luminary talking to News Upfront, said “its a good decree, it means that every day, week or month people will be coming out of prison amass but the decree does not automatically free people from prisons such as in other countries like Nigeria, Iran or Morocco.”

Adding his voice to Bar. Galabe Sama, Labris insisted that those who have tried to jeopardise the unity, integrity, independence of the states are not beneficiaries of the decree.

Reiterating the Regime’s bad faith in releasing inmates, “If you go meanitiously through the charges levied against people in line with the social upheaval in the Southwest and Northwest found in Yaounde Central Prison or in the regions, all of their crimes fall within the exemption of the decree.” 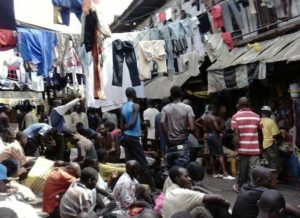 “Go to any prison, how many will you see for stealing small egg, small fowl, assault or beating somebody, its rare… He’s now leaving the object and chasing the shadow just because he has some people he wants to please”

The barrister at Cameroon Bar Association, elucidated following the normal procedure, with this decree the minister in charge will proceed to draw up a list of those to benefit from but in reality that work had already been done knowing the number to be freed.

Article 4 of the Presidential decree clearly indicates the type of crimes not covered by the decree include fugitives, recidivists, torture, rape, underminding security of the state, act of terrorism, corruption, misappropriation of public property, counterfeiting etc.

The minister of State, Justice and keep of the seal, Laurent Esso has been charged with the implementation of the decree.