The Cameroon Radio Television, CRTV, may in the days ahead be swimming in very hot water, if legal moves initiated already against the state broadcaster, by the family of the late Dr. Chemuta Divine Banda, see the light of day.

The Guardian Post has it on good authority from a close family member of the late National Human Rights Commission chairman, that both CRTV and the 8:30 p.m. TV news presenter, Adele Mbala Atangana, have been sued jointly and severally. The late Dr. Chemuta Banda, it should be recalled, died on Monday May 18, 2020, after an illness.
He gave up the ghost that ill-fated Monday at a private clinic (name withheld), in Yaounde where he was hospitalised when he took ill. Announcing his demise during the 8:30p.m. newscast of that day, the CRTV tele￾vision news presenter, Adele Mbala, was categorical that the late Dr. Chemuta Banda had died of coronavirus!
Even after it emerged from a death cer￾tificate which the family is brandishing, that the man did not die of COVID-19, the state-owned broadcaster still went ahead to post the story on YouTube and CRTV website.
The Guardian Post, meanwhile, gath￾ered from the deceased’s family members that Dr. Chemuta Banda’s mortal remains were deposited at the Yaounde General Hospital mortuary, long before the CRTV 8:30 p.m. newscast of that day linking his death to coronavirus. “How could the corpse of someone CRTV told the entire world died of coro￾navirus, be kept at the Yaounde General Hospital mortuary?” a family member who pleaded to stay anonymous, because of the sensitive nature of the matter, questioned.
Meanwhile, as the late Dr. Chemuta Banda’s family members multiply moves to get the court case against CRTV started within the shortest time possible, prominent lawyer, Barrister Ndong Christopher, reacting to the development, told The Guardian Post that the deceased’s family could claim damages of up to even half a billion francs FCFA.
He explained that by linking the late Dr. Chemuta Banda’s death to COVID-19, “CRTV has caused untold damage not only on the deceased but especially on his family members…even a dead man has and maintains his dignity” Barrister Ndong was categorical that CRTV would have to pay heavily: “…especially given that the announcement falsely linking the late Dr. Chemuta Banda’s death to COVID-19 was made during the state broadcaster’s 8:30 p.m. television newscast, considered, the TV newscast that is followed by more than 20 million viewers within Cameroon…I am also told the said news item linking the late Dr. Chemuta Banda’s death to COVID-19 is still on YouTube and CRTV website as we speak. That means the whole world is already in the know that the late National Rights Commission chair died of COVID-19; whereas that is not the case…” 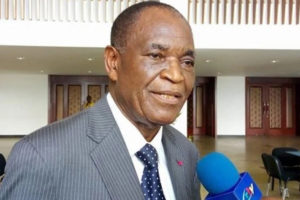 Quizzed on what damage the CRTV report would have on the deceased, Barrister Ndong fired back: “…even though Dr. Chemuta Banda is of late, he still has right to dignified respect and burial. He is supposed to have a state, or at least, an official burial. What if the announcement made by CRTV cost him such a state honour?”

He described the late Dr. Chemuta Banda as: “…a senior statesman, man of honour and dignity who lived his life defending and upholding, without fear, the rights and values of Cameroonians…” Barrister Ndong added that as for the deceased’s family, the CRTV announcement has brought shame, dishonour, moral and psychological damages which, he said, no amount of damages paid can compensate for. Family members of the late Dr. Chemuta Banda are vehement that responsibility for another report on Tuesday’s edition of the French language daily newspaper, Mutations, and on so many social media platforms, linking his death to COVID-19, should be dumped squarely at the doorsteps of CRTV.
It should be recalled that it would not be the first time Adele Mbala is landing CRTV in trouble. She had once during the 8:30p.m. created a diplomatic row between Paris and Yaounde, by announcing falsely that President Emmanuel Macron had named a new government. As pressure mounted on Yaounde, CRTV management opted to suspend her from presenting news on TV for a few months.
Observers say they are on the watch out for what severe sanctions management of CRTV would take against her, this time around, to spare themselves from an imminent legal battle with the late Dr. Chemuta Banda’s family. How family doctor, lawyer frustrated medics’ attempt to link death to COVID-19 The Guardian Post has equally been hinted that there appears to be a strong link between the CRTV report attributing the late Dr. Chemuta Banda’s death to coronavirus and attempts by medics in the clinic where he passed on, to make the same claim. 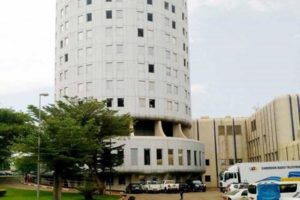 This reporter has been reliably briefed on how shortly after he was pronounced dead, the same medics of the said clinic, who had been attending to him for weeks, told his family members that he had died of the dreaded pandemic! But they were immediately reminded and presented the medical report which the clinic had issued attesting that the deceased had tested negative to COVID-19.
As the medics insisted on calling those charged with burying patients said to have died of COVID-19, to come for the late Dr. Chemuta Banda’s corpse for immediate burial, his relations not only resisted but quickly called in their family doctor, a renowned cardiologist and lawyer. Both appeared almost immediately. The medics were then ordered to take a rapid test on the corpse which they reportedly did grudgingly!
However, the family told The Guardian Post that the said results confirmed the late National Rights Commission chair had not died from coronavirus. It was then the family took his mortal remains for preservation at the Yaounde General Hospital mortuary pending funeral arrangements. Already, analysts are saying although the late Dr. Chemuta Banda died at the age of 74, his death might not have been natural. This, they say, is because of the shabby treatment ‘some quarters’ wanted his corpse be given. “That they wanted him to be immediately buried under the guise that he was a COVID-19 patient, when they knew he was not, has more to it than meet the eye,” a civil society activist, who pleaded to remain unidentified, posited.
It is an open secret that the late National Rights Commission chairman, on several occasions, publicly shamed Yaounde over gross human rights violations. He is said to have also pricked the bile of some regime barons by mounting pressure, publicly, for government to release the findings on the Ngarbuh massacre.