Lead is highly nefarious to human health as it affects the human nervous system in both children and the elderly causing certain disorders in their systems.

“Sometimes you will see children who are very unruly, very aggressive, children who are not very focused, sometimes it’s because of the environment, because of the lead they inhale in their environment, which many parents don’t know. The mother is a source of transmission to her child.” Ernestine Kemmoe Nzabi, JVE Cameroon Water and Sanitation Expert, Socio-Environmentalist said.

She was speaking during a workshop to assess the applicability of the regulation of lead paints in Cameroon and also to celebrate the International Lead Poisoning Prevention Week which ran from October 24-30, 2021.

Talking to the media, Ernestine Kemmoe Nzabi, said pregnant women through their placenta transmit lead to their children and through breastfeeding for those who are breastfeeding.

“The baby absorbs the lead that exists in the mother’s body and this easily affects the nervous system, hence the disorders I earlier mentioned.” She told News Upfront.

In adults, there are also disorders such as fertility, not only in men but also in women. It is also one of the main causes of miscarriage in women. It affects the kidneys, the blood so it makes them anemic. So the difference between children and adults is that, the child absorbs 50 times more lead and quickly than the adult.

Lead is a silvery-white heavy toxic metal naturally present in the terrestrial bark, which becomes bluish-grey when exposed to oxidation. It is found in the air we breath, ground, dust, distribution network of potable water, food stuff as well as various consumers’ goods, it is soft enough to be scratch with the nails, resistant to corrosion and rapidly gets dry.

Focused on the elimination of lead paints, with lead concentrations above 90 parts per million, PPM, JVE Cameroon sought some public administrations officials in a bid to ensure they follow up the September 21, 2017, decree N° 004 signed by the Minister of Environment.

The decree modified the list of harmful and dangerous chemical substances among which lead and prohibits all production and marketing of lead paints with concentrations higher than 90 parts per million.

Eko Fils Benjamin, Deputy Director of Standards and Quality at the Ministry of Trade (MINCOMMERCE), reassured public opinion that, decree N° 791 of 2014 on paints was elaborated by government who found it necessary to make it mandatory through a regulatory text that was signed by the Minister of Environment, Nature Protection and Sustainable Development, and this technical regulation was issued in 2017. Thus, MINCOMMERCE has taken a number of actions alongside both central and regional brigades to ensure all compulsory elements are marked on the label as contained in the decree. 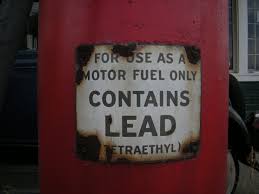 Romeo Fouajio, Head of the department for the defence of label and quality at the Ministry of Mines, Industry and Technological Development, MINMIDT, said the text ensures that all producers and importers of paints respect a certain number of criteria regarding the manufacture of paints.

Asked of why the presence of so many unregulated paints in the Cameroonian market, he said, the security situation of the country accounts for it as all borders are not properly secured.

“You know we have a large border which is not totally covered, there is the problem of smuggling which is still being combated to this day but unfortunately on the ground, we still find these paints which do not always respect Cameroonian regulations and it must be said that they are strong enough,” he emphasised.

The Young Volunteers for the Environment, JVE Cameroon, and the IPEN Network during the event called on some ministries to ensure that paints imported and sold in the Cameroonian market are free given its impacts on human health and the environment.

Being the supervisory organ, the Ministry of the Environment, Nature Protection and Sustainable Development, MINEPDED, should ensure that paints are produced in line with the 2017 decree and provide the technical means to ensure the quality of the paint produced. Also, it has to strengthen environmental inspections in sales outlets and production plants. The latter also has to equip themselves with adequate equipment, to better check the quality of paints sold on the market, to ensuring that paint users do not dump it in the open air and water surfaces by communicating regularly to alert the national opinion of the risks derived from lead paints.

On the other hand, the Ministry of Trade, MINCOMMERCE, ought to equip itself with adequate tools for the verification of paints imported, manufactured and sold within the Cameroonian soil. Likewise, the Ministry should strengthen the customs service with the same device so that the verification of products entering the territory be in conformity with the regulations in force.

Still, the CSOs, urged MINCOMMERCE to constantly conduct inspections in warehouses and other places where paints are marketed to ensure that the jars are labelled in accordance with the requirements of the regulations.

To the Ministry of Public Health, MINSANTE, it support awareness-raising in hospitals on the dangers of lead not only in paints but also on hospital equipment and further communicate on the effects of paint on human health, especially those containing lead.

“Develop and train specialists in the field of heavy metal-related diseases such as lead; Equip themselves with appropriate medical equipment to detoxify from lead poisoning and favour lead-free paints for the rehabilitation of hospital infrastructures (buildings),” the CSOs suggested.

In the same vein, CSOs and the media are called to continue to raise awareness with particular emphasis on the most vulnerable targets who are; women, children, women’s associations, schools, grassroots communities in a bid to sensitise a larger audience on the dangers of lead in paints and other products.

The 6th Berlin Science Week kicks off in Berlin – Germany