The Young Artist has made strides in a very short period

In the early 80’s, up in Santa, North West region of Cameroon, a young man was born, and during his “born-house”, it is reported that he danced as the population were celebrating him.

That young man is called Ivo Longituo. Today he is grown up, and has successfully become a fast growing Musical Artist.

The album is already making rounds on Social Media, hitting waves on YouTube, with Fans Club being created here and there.

‘IvoLong MC’ has succeeded to seduce millions of fans because of the themes he sings about and his brand of music.

‘IvoLong MC’ focuses on True Life Stories, Love, and Gospel, sending out messages of hope and advises to strengthen UNITY in the society.

He is inspired by things that happen around him.

‘IvoLong MC’ sings in almost 6 different languages, (English, French, and other mother tongues in the North West and West regions). 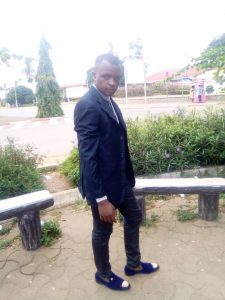 ‘IvoLong MC’ is working towards becoming a renown Artist in Africa and the World at large.

He looks forward to do featuring with other artists within the country and beyond.

The growing Super Star, is available for events and ceremonies like “Wedding, Born-house, Graduations, Promotions, …..etc”

You can get to him directly or through his Manager