Exactly forty-six years ago – on November 6, 1975 – King Hassan II of Morocco made a historic speech calling on the Moroccan people to undertake a long, peaceful march to the south to liberate the Sahara which was under Spanish occupation.

It is famously known as the Green March, an unprecedented event in the history of the 20th century and the African continent, which gathered 350,000 volunteers in a bid to put an end to the Spanish occupation without resorting to violence.

About 45 years earlier, on the Asian continent, Mahatma Gandhi started the Salt March, an act of nonviolent civil disobedience, in colonial India to wrest independence from the British.

On the occasion of the anniversary of the Green March, we look back at two historic moments, when peaceful actions changed the destiny of a Nation.

This spectacular action has some striking similarities to the “Salt March” started by Gandhi, on March 12, 1930, real concretisation of his doctrine of non-violence.

Indeed, on February 15, 1930, Gandhi announced to his companions of the Congress, the Indian independence party that he had chosen as the objective of the civil disobedience campaign the abrogation of the law that forced them to pay a tax on salt. 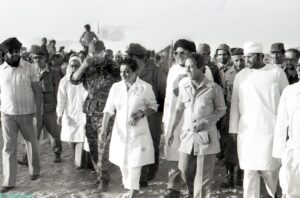 It was then an offence to make salt, possess it, sell it, buy it or even to take away natural salt left on a beach. On the morning of March 12, 1930, Gandhi, then 61-years-old, left the city of Ahmedabad with 79 companions.

They proposed to reach by foot the village of Dandi located at the edge of the Indian Ocean, at 380 kilometers of distance. This history-making activity attracted global attention as international press covered the event with keen interest. 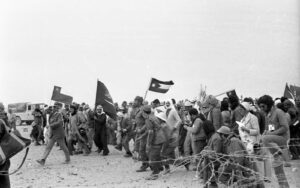 After 25 days of walking and meetings, Gandhi picked up on the beach a little salt forgotten by the waves. However, it took many more years of struggle before India’s independence was finally achieved on August 15, 1947, but this Salt March was a significant event because it was peaceful, but ultimately a key process of gaining independence.

Back to Morocco, the Moroccan Kingdom began the process of completing its territorial integrity in 1956, the official year of independence. Decolonization of the Western Sahara territory took place in a completely different context from the other decolonisation phases of the Moroccan Kingdom.

On one hand, Franco’s Spain had no intention of retroceding the disputed semi-metropolitan Western Sahara province, especially after the discovery of phosphate deposits in the region in 1972.

On the other hand, the Algerian regime, aided by the Eastern bloc, had undeclared claims to the territory, motivated by the Cold War between the United States of America and the Soviet Union. 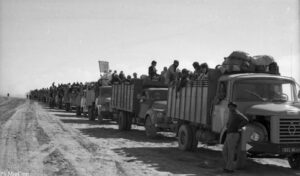 The idea for the Algerian regime and its allies was, and still is today, to set up a republic under its absolute control in the image of the old Syrian/Lebanese governance model.

Faced with this challenge, King Hassan II developed an exceptional idea, which was an echo of the Salt March.

On November 6, 1975, he made a historic speech calling on the Moroccan people to undertake a long, peaceful march to the South to liberate the Western Sahara from Spanish occupation.
This call triggered an immense popular fervour. 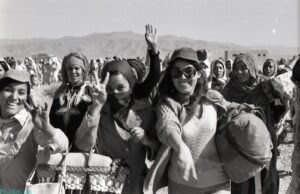 During his speech, he concluded by asking the Moroccans to be courteous when meeting the Spanish, to greet them and to invite them to share their meal.

He added that the Moroccans did not feel any resentment and that if they had wanted to fight against Spain, it would not be unarmed civilians who would show up but rather a military force.

He concluded by saying that their intentions were not at all warlike and that they were reluctant to shed any blood.
There were 350,000 Moroccans, including 35,000 women, who marched in joy and prayer towards the southern provinces to recover the Moroccan Sahara.

King Hassan II insisted on the participation of women, as a symbol of pacification of the Green March. Dozens of foreign personalities and delegations from different countries participated in the march. The number of volunteers was not left to chance: it was the number of people born in Morocco every year. It was a real Morocco in a nutshell, where all provinces and social conditions were represented.

Unlike the Salt March in India, the Green March was a real logistical nightmare and a human challenge for Morocco at the time. It required the mobilisation of 7,800 trucks and means of transport, 17,000 tons of food, 63,000 tons of water, 5,500 tons of fuel, 500 doctors and health assistants, 220 ambulances, and more than 10,000 people to organise and supervise the 350,000 marchers. 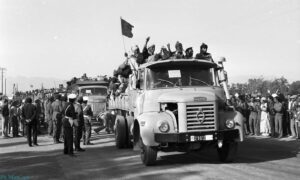 The Green March started from the region of Tarfaya braving the Spanish military and the barbed wire at the borders. Confronted by the determination of the marchers, Spain had no choice but to disengage from the region. This was made concrete by an official letter sent by its permanent representative to the UN on February 26, 1976. 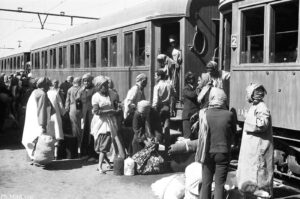 Following this, a handover ceremony was organised between Morocco and Spain.

The Green March and the Salt March, unique in their kind, are national epics characterised by a fierce patriotism that have marked the national destinies of Morocco and India.

Cop26: Africa is Not a Dumping Site for Carbon Emissions – African Center for Advocacy (ACA)